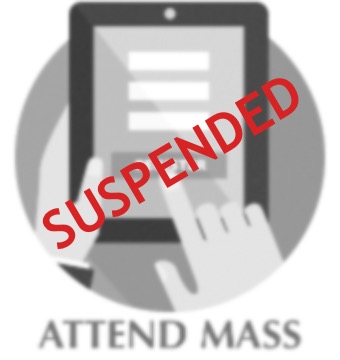 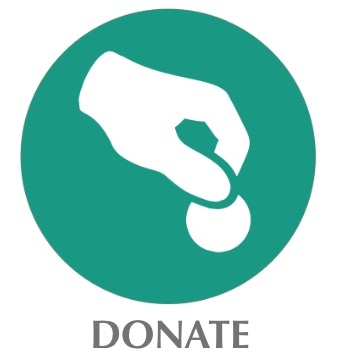 Apparently, a friend of mine heard about it, and asked for a mass to be said for my dad in her local parish church. As I understand it, the intention was read out as “For the repose of the soul of the father of Father Bob Poole.”Mishearing the intention as it was read out, some in the church who knew me thought that it was I who had died, not my father. And so I was suddenly inundated by people ringing me up to see if it was true (why they would try to phone me, if they thought I was dead, I don’t know, but there you are!).

I had to tell them, in the famous words of Mark Twain, “Rumours of my death have been greatly exaggerated.”

I mention this, because in today’s world, rumours of the death of our Father God have also been greatly exaggerated. Back in the 1960s, this “God is dead” idea began to circulate around the corridors of scholarly and academic debate. It puts me in mind of some graffiti I saw as a student on the wall of a washroom at my university. Someone had written, “God is dead – Voltaire” (a famous atheist in 19th century France). Underneath that, someone else had written “Voltaire is dead – God.”

Now it seems that the whole “God is dead” saga is being resurrected again, not just in the halls of academia, but amongst the general populace of the West. So much so that Christians have begun to push back, by composing worship songs like, “God’s not dead, He is alive” and “Great big God” and putting out in recent years, no fewer than four, “God’s not dead” movies (a couple of which we have shown here at St. Philip’s). So I want to add my own contribution and declare to you the message of the readings for today’s Mass on this, the Second Sunday of Advent:

“GOD’S NOT DEAD, HE IS COMING SOON WITH MIGHT AND POWER, AND YOU HAD BETTER BE READY FOR HIM!!”

Our first reading today from Isaiah,  the Old Testament prophet of Advent, makes this message abundantly clear. At the time of his writing, in the 6th century B.C., Israel, God’s chosen people, were languishing in exile in Babylon, far from their homeland. They were there as a result of their own stubbornness and self-will, flagrantly and frequently having rejected Yahweh as their god and chasing after the gods of other nations. The worst thing about their present ordeal, apart from the realization of their own stupidity and hard-heartedness, was the belief that Yahweh had now washed his hands of them. Time after time, when they had sinned against him and been punished for it, and then repented and turned back to him, God had relented and delivered them from their enemies. But now, it seemed, he had reached the limit of his patience. He had repudiated his covenant with Israel, and gone away and left them to suffer the consequences of their rebellion against him. For Israel, historically conscious of their special calling as God’s favorites, this was the worst blow of all. God was no longer “their” God, and they were no longer “His” people. That realization would have been unbearable to them .

But just when all hope appeared lost, here is the prophet Isaiah standing in their midst to deliver God’s message to them. And the message is not: “Serves you right” or “I told you so” or even “Well, you are on your own now. I’m done with you.” No the message is, unbelievably, marvelously this: “Comfort, O comfort MY people, says YOUR God.”

“It’s going to be all right, people, God has not abandoned you, or cut you off for ever. He has allowed you to experience the consequences of your sins for a time, to bring you to repentance and conversion, and have you turn back to him with true sorrow for your rebellion. But now, as you have turned back to him, he also is turning back to you. And he is coming to save you.”

You can imagine the impact of that statement of Isaiah on captive Israel . God had not forgotten them, or abandoned them. They were still His people, and he still wanted to be their God. In this season of Advent, the Church still wants to ring out, in no uncertain terms, this proclamation of defiance in the face of an unbelieving, post-Christian, world: “No matter what you may think, no matter how many intellectual articles or books you have read, or atheistic videos you have seen, God is certainly NOT dead.” I remember reading the transcript of an interview that the daughter of Billy Graham gave to a reporter ,just after the terrible events of 9/11.

The reporter asked her, “How could God have allowed this to happen? Doesn’t it prove that He doesn’t exist?”

In return, she gave an excellent rebuttal.

Americans,  she said, had by and large, rejected God from having any influence in their lives , either politically, socially, educationally or spiritually. She pointed to the whole movement to get any mention of God out of schools, colleges or the corridors of power, to the way in which the right of free speech had become the right to mock and belittle God’s word, while allowing pornography to swamp the market, how Satanism and Black Masses were being given permission to be held everywhere, and all kinds of protest marches, while religious gatherings were routinely refused the same permission. And so on, and so on.

Why should we be surprised, said Miss Graham, if we are so intent in showing God the door and demanding he leave us alone, that God, who will never force his company on anyone, would indeed depart, and now we are reaping the consequences of a world without God, a world shorn of God’s protection a world where violence and crime and sexual disease and suicide were rampant?

But, said Miss Graham, God has a surprise coming to America and the rest of the world, and we are going to see that, in fact, God is not dead, has not abandoned his world, is not toothless. He is about to manifest His presence and his power in unmistakable ways.

I have to say that I totally get and agree with her on that. God is not dead, He is surely alive, and He is coming to mock the expectations of the world . Our first reading finishes by showing two sides of God – God the Warrior, and God the Shepherd = King. To those who have rejected God and mocked us Christians, for our old-fashioned, out-dated beliefs, God is going to show his might and his strong right arm. But to those who have experienced, or are experiencing, great trouble  andhardship, who feel that God is angry with them because of their sins, and that is why they are suffering so much, God is coming as a shepherd-king. He is coming to you, to gather you in his arms and bring you to the place of healing and blessing. He will speak words of tenderness and great gentleness to you, to assure you that he has not forgotten you, and that he loves you, he loves you, he loves you.

He wants to remind you of those other words of Isaiah:

“But Zion had said: ‘The Lord has forsaken me, my Lord has forgotten me.’ Can a woman forget her nursing-child, or show no compassion for the child of her womb? Even these may forget, yet I will not forget you. See, I have inscribed you on the palms of my hands.”

“Do not be afraid, for I have redeemed you. I have called you by name, you are mine. When you pass through the waters, I will be with you; and through rivers, they shall not overwhelm you; when you walk through fire you shall not be burned, and the flame shall not consume you. For I am the Lord your God, the Holy One of Israel, your Savior. You are precious in my sight, I honour you and I love you.”

Which words do you wish to believe, brothers and sisters, these words, or the words of countless books, articles, television programs, websites, that tell you God does not exist, or if he does, he is helpless, and a joke?

How do you want your God to come to you, as a warrior, or as a shepherd -king?

Mass Times at the Parishes

Please check the latest parish bulletin for any changes to the above schedule!